To begin the year, we wanted to share some information on biodynamic and organic wines, for many of the best of such wines are already in our auction catalogues. They will become more and more numerous in the future as certifications are acquired, which is a yearly occurrence.

This is a complex subject, which has a great impact on the quality of the wine we drink, and that we will drink more and more often in the future. Certain of the most prestigious domains do not advertise their certifications on their labels, as is the case for the Domaine de la Romanée Conti. Consumers often have difficulty making sense of such cases. The winemakers argue that the quality of the wine is more important than the cultural methods employed, and that there is no need to mention them. The point may be argued, for there is no doubt that wines produced with grapes from healthy vineyards, on land that is “alive”, are better - as long as the person producing them is competent, whether they are beginners or not. This has led to a fascinating debate, which sometimes turns passionate and even divisive, among the official authorities, wine producers and wine lovers.

In its February 2021 issue, the Revue du Vin de France states that, of the 750,000 hectares of vineyards cultivated in France, 112,000 hectares are certified as organic agriculture (i.e. 14%) and 10,700 hectares are certified as biodynamic agriculture. Out of the 76,000 wine growing domains in France, 609 are certified as biodynamic (i.e. 1.4%). Whatever the level of certification, this basic holistic movement exerts a positive influence on the entire sector of production. It is produced by reputed wine growers, as well as less well known ones, who are often innovative, dynamic, and passionate. 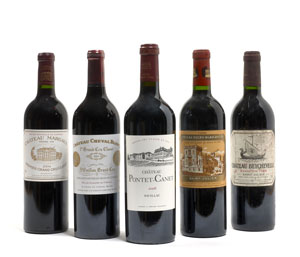 Concerning Bordeaux wines, while it did not at first appear that the humid ocean climate would lend itself to non-chemical methods of wine growing, an increasing number of domains have given up these methods for over 15 years. Organic and biodynamic wine is one of the region’s major challenges. Unfortunately, the appellation still suffers from “Bordeaux bashing”, due to the former production of tannic and uninteresting wines. Commercial wines are often stigmatised as “industrial wines”, says the renowned oenologist Stéphane Derenoncourt. He is trying to improve the image of this vast region’s commercial wines, which over the past twenty years have lost significant shares of the market (with the exception of crus classés) in France and abroad. The crus classés nevertheless affect the overall picture. Thus Château Pontet Canet wines have been certified organic since 2010, Château Palmer in Margaux began to explore biodynamic production as of 2008, and was certified in 2018. Château Latour, 1er GC Pauillac, presented its first premier certified organic vintage with its 2018 crop, and production will soon be converted to biodynamic methods. And finally, the Château d’Yquem, a wonderful 1er cru Supérieur de Sauternes, announced its conversion to organic in late 2020.

Elsewhere in France, as, for example, in Burgundy and Alsace, there is a growing number of organic and biodynamic domains, in regions where the climate is more continental and where properties are of a manageable size. This is the case for Mme Lalou Bize Leroy with, for example, her Grand Crus de Musigny (lots 364, 365), the whites of the Domain Leflaive in Puligny Montrachet (lots 440, 441), and in Alsace the wines of Olivier Humbrecht (lots 545 and 555). Their painstaking work and their vision have allowed them to produce chiselled and delicious wines for many years. 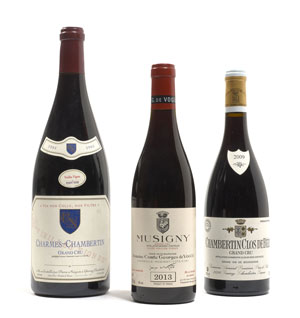 The catalogue for the upcoming sales of 22 and 23 February offers many foreign wines and champagnes, in particular. In domains where  the respect of nature and the land have become an integral part of their production processes, certain have established a list of specifications (listed in ascending order) that include sustainable agriculture, organic and biodynamic methods, and finally more restrictive and controversial methods known as “natural”, such as the delicious “natural” wines of the Domaine Overnoy – produced by Emmanuel Houillon in the Jura (lots 557 to 560, 778 to 780).

As of lot 489 in the catalogue, the wines of foreign wine growers are presented, including those of the Spaniard Enric Solers, lots 676 to 679. This professor of oenology runs tiny property of 1.5 ha that was planted with a unique grape variety by his grandfather. He makes exceptional biodynamically produced white wines. The wines of the Celler del Roure in the Valence region (lots 683 to 687), a young domain that is innovative and respectful of nature and old grape varieties, the domain works with the University of Valence on research projects and cultural techniques.

Also worth discovering are the 18 lots of dry and sweet Hungarian wines (lots 700 to 717) from the Kikelet and Gizella domains, among others. Little known in France, the dry white wines of Hungary are aromatic and powerful, with a pleasing tartness. They are excellent accompaniments for white meat and fish. 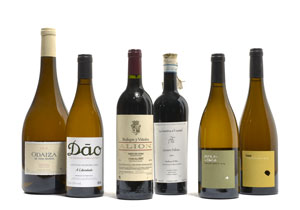 We also offer champagnes produced by talented wine growers, such as those of the firms Jacquesson, Jeannaux Robin and Selosse (lots 600 to 613), as well as those of the maison Tarlant in BAM vintage   (lots 632 to 634). All these wine growers work with great precision, incorporating the respect for the environment and all living things.

The catalogue also contains delicious wines resulting from more traditional wine growing practices. We propose, among others, several lots of old vintages of Champagne Salon, 1969 (lots 628 to 630). As well as the old Rivesaltes vintages from the Cazes domain in the Roussillon department (lots 746 to 748). Emmanuel Cazes, the director of a historic property, is known for making pour remarkable natural sweet white wines, as well as “natural” reds and whites. He has worked on a project to regulate the definition of natural wines, however the file appears to have stalled with the INAO... 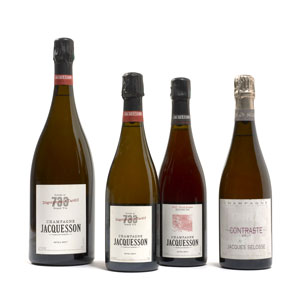 Nearly 100 lots of Spirits, Porto and Madeira are presented at the end of the catalogue, with a wide choice, the oldest of which is the Cognac Fine Champagne of the Café Voisin 1865 (lot 841).

Lot 850 is particularly remarkable, a Cognac 1976 Petite Champagne, Normandin Mercier. This bottle came from a series of 24 that were immersed in the Atlantic Ocean for 14 months. After having been taken out in 2020, the flasks that had been immersed in the ocean were compared with those that had not, and there was a noticeable effect on the evolution of the brandy. 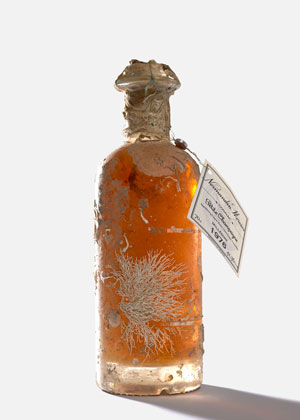 Finally, it is important to note that organic wine growing also concerns the appellations of firms that produce spirits, such as the case maison Normandin Mercier, which has been ageing organic brandies since 2015.