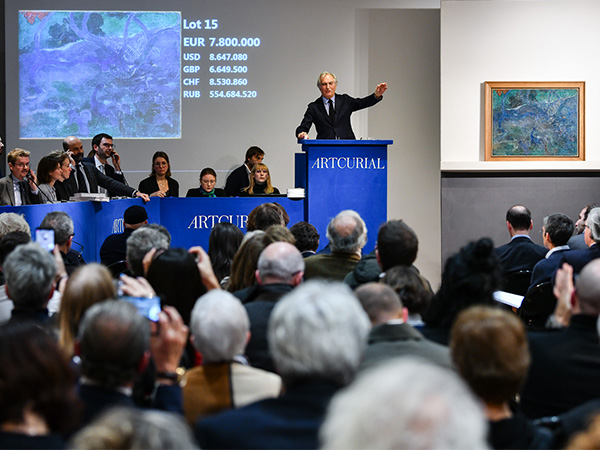 The prestigious auctions organised by the Impressionist & Modern Art and Post-War & Contemporary Art departments on 3rd and 4th December 2019 totalled € 27,418,972, bringing the annual result to over €60 million in these categories, up 40%.

The sale was dominated by the exceptional painting Te Bourao (II) by Paul Gauguin, the last artwork still in private hands of a major nine paintings cycle painted in Tahiti and sent to Paris in 1898 as part of an exhibition dedicated to the artist at the Ambroise Vollard gallery. The oil on canvas reaches €9,553,200, almost twice its estimate.

The evening was punctuated by several other remarkable auctions. Francis Picabia's oil on canvas Paysage de la Creuse reaches €1,199,400, multiplying its estimate by two. Judgments on a sheet, a work on paper by Richard Serra, achieves €1,261,400 after a long bidding battle, and Peinture 15.5.75 by Pierre Soulages realises €1,869,000, far beyond its estimate. The session also set a new auction record for Robert Combas, with the monumental painting A pet hit parade!. The two exceptional collections of artworks by Jean-Paul Riopelle and Georges Mathieu respectively reach €1,964,700 and €1,727,000.