As part of its upcoming Urban & Pop Contemporary sale on 30th November, Artcurial will auction an artwork by the artist Invader, which will be first exhibited in Paris during the FIAC. This unique piece, initially presented at the HOCA Foundation in Hong Kong in 2015 during the Wipe Out exhibition, is estimated at €400,000 to €600,000. It is thus in line with the artist's masterpieces that have been sold under Arnaux Oliveux’s hammer and that have obtained world records at auction. Titled Moon, it presents a Space Invader moving on a led panel on the moon, which it has just invaded. 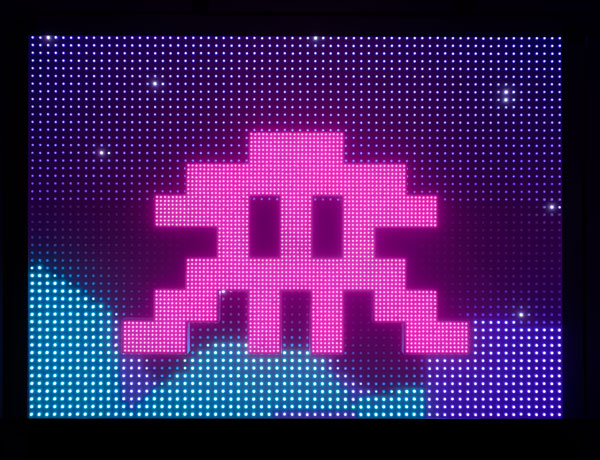 Invader is keen on technology and what it brings to our society. But he is also interested in the way in which society becomes a victim, manipulated by the endless potential of new technologies. Thus, this creation by Invader uses the codes of illuminated billboards in urban landscapes to take a critical look at our contemporary societies invaded by advertising and hyper consumption. In Moon, Invader succeeds in substituting the inherent advertising of the screens with a dreamlike image and a projection towards a dream.

“We must find other spaces to invade, conquer new territories, to advance the history of art. (...) Perhaps the next invasion will be on the moon. Who knows?” Invader, Interview with François Chevalier Télérama, 12th March 2015.