Artcurial takes to the streets! 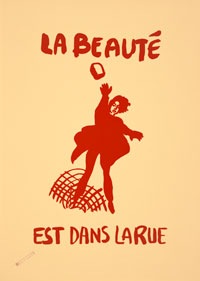 But what remains of May 68?

An expression of solidarity, a spirit of rebellion, a society set free, even the memory of a party atmosphere for those who lived through it.

Since 1988 Laurent Storch, a lover of history and contemporary art, has been tracking down and collecting posters linked to this evocative period.

The Laurent Storch collection offers an unprecedented opportunity to discover or rediscover the story of this incredible popular movement through 500 posters, which have been entrusted to Artcurial for auction.

May 68 was the last French revolution, followed avidly by French people on their transistor radios and through the images on these posters. Designed and produced by the students themselves, these posters accompanied the uprising from its outset to its final days, provoking a continual and provocative dialogue with those in power. 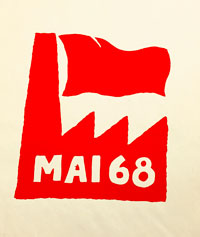 From ‘CRS SS’ (‘Riot Squad SS’) to ‘La Lutte Continue’ (‘The Fight Goes On’) and ‘La Chienlit C’est Lui!’ (‘Havoc, It’s Him’, i.e de Gaulle), rarely has a political conflict left such iconic and memorable traces. However, no poster has been found with the famous phrase ‘Sous les pavés, la plage’ (Under the paving stones, the beach) as it only ever existed as a saying!