“The creations of the florists are hybrid works that are born of the works of art, like the plants we call epiphytes.” 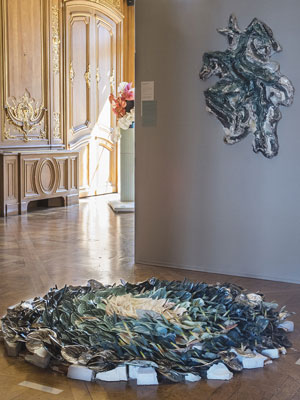 Artcurial has invited 10 promising florists from France and abroad to take part in an innovative dialogue. Each florist has been given free rein to invent a floral creation inspired by an important artwork to be sold during the second part of 2018 by one of the auction house’s 25 specialised departments.

Pierre Banchereau (Maison Debeaulieu), Louis-Géraud Castor (Castor fleuriste), Catalina Lainé, Jefferson Fouquet, Nue Paris and Rica Araï, have all accepted Artcurial’s invitation. These rising young talents, from France and abroad, will interpret an artwork of their choice through the creation of an ephemeral floral installation. Their creations will be based on works by artists such as Lucio Fontana, Diego Giacometti, René Lalique, Théodore Géricault, and Ettore Sottsass. 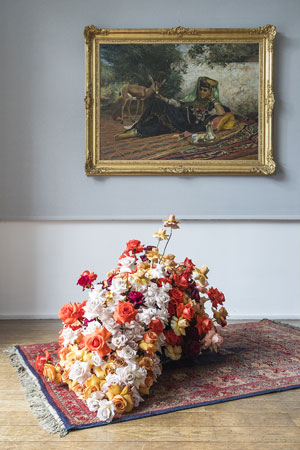 The conversation between these representatives of the rising generation of florists and works of art will explore the fertile - yet often ambiguous - link between artist and subject. It will also evoke the relationship between humans and their environment. The creations of the florists are hybrid works that grow out of the artworks. Like epiphytic plants such as the equatorial orchid, which attaches itself high up in plants, and is nourished by microorganisms, fog and sunshine.

This conversation between florists and artworks reminds us that throughout art history, from the late 16th century to the early 20th century, flowers have been an important source of inspiration. Visitors will discover a floral and artistic universe in which works of art and nature become one. The artworks support the flowers, and vice-versa, in a kind of symbiosis that enhances our perception of both.

Informations
Exhibition from September 7 to 14, including Saturday and Sunday,
at 7 rond-point des Champs-Elysées – 75008 Paris.
At the same time, a selection of works and objects of art from our fall sales will be on exhibit, as well as a collection of primitive art.

A short biography of Sixtine Dubly
Sixtine Dubly, the author of “La Tentation des fleurs”, published by Assouline in 2016, created the Collectif de la fleur française in 2017. This association supports the local cultivation of flowers and embodies the Slow Flower movement in France. She is a contributor to the Paris Match magazine and to the English magazine The Garden Edit; she is currently planning an exhibition to be held in 2019 at the MECA in Bordeaux.