Artcurial partner of the 6th  edition of UPAINT

Artcurial is pleased to announce its partnership with the 6th edition of UPAINT. Four days of lively and colorful festival in the Principality, at the end of which unique artworks of street art, created live, will be offered for auction. The Artcurial sale, directed by Maître Arnaud Oliveux, will take place on Monday 20th June at 6:30pm at the Terrasses du Casino de Monte-Carlo.

Urban Painting Around the World (UPAW) becomes UPAINT
Created in Monaco, UPAW becomes UPAINT "YOU PAINT", a more personal and captivating message, in order to represent the international crossroads of the meeting between artist, public and collector in all around the world where it will be called to move in the future, to continue to accomplish its mission: the commitment to great causes and the promotion of urban painting, alongside the ever-increasing number of street artists who want to participate. 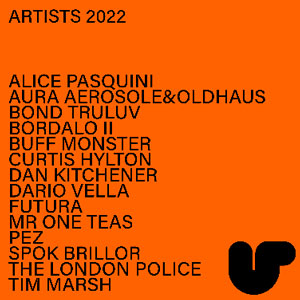 2022 Edition
For this 2022 edition in Monte Carlo, the UPAINT team and its creator Alberto Colman have chosen to assist the Prince Albert II Foundation’s “Human-Wildlife Initiative”, a programme to support wildlife in the rural and mountainous areas of southern France.

There will also be a “Junior Challenge” for young talents from Monegasque schools who will be able to graffiti alongside the artists, in the midst of an exhibition presenting some of the works from previous festivals, which will be available for purchase in limited edition silkscreen prints, as will the wall for public expression, which is also making a comeback after several years of absence.

These four days of interactive experiences will end on 20th June at 6:30pm with the auction of the artworks by Artcurial on site and online for the first time for remote collectors on Invaluable.com. As every year, the auction will be for the net benefit of the Prince Albert II Foundation.